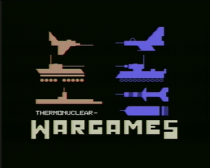 Whether school has started or will be starting in a few days, chances are the battles have begun.  They may be about what can or cannot be worn to school, which backpack or binder fits into the budget, or what a reasonable bedtime is.

Parents of middle schoolers quickly learn that “Because I said so!” doesn’t win many arguments; in fact, it leads to more arguments – and more battles.  It’s at this point that parents throw up their hands and say, “I don’t know what to do with him anymore!  I just can’t win!”

Remember that line from the movie War Games?  “The only winning move is. . .not to play.”  It’s great advice for dealing with emotional, unpredictable, fast-growing middle schoolers.  Try to avoid as many battles as you can.  Instead, try postponing – “I’ll have to think about that and get back to you this weekend” – but do give a deadline so you don’t sound like you’re just putting them off.  Or negotiate – “You can have that binder, or you can have the shoes you wanted; make a choice.”  Or hold your ground – but use empathy – “I know how much you want that shirt, and I’m sorry I have to disappoint you, but. . .”  (Be sure to give a concrete reason.)

The trouble with loud, messy battles is that you can’t really win.  Just like in thermonuclear war, the winner suffers as much as the loser.  And too many battles can cost you the most valuable prize of all – your relationship with your middle schooler.

Don’t compromise your standards, don’t wimp out on your parenting responsibilities, and don’t spoil your children.  But try to avoid ugly battles that cause more harm than good.  And do everything you can to stay connected to your middle schooler, even when you have to cause some disappointment.

Last month while I was in Hawaii, I found a lovely snorkeling spot where I could float quietly and gaze at the pretty fish below.  But my peace was shattered by five boys around the ages of 11 or 12, splashing by and calling to each other, “Try to touch the rainbow one!  There he goes!!  Over here, guys!  Aw, you missed him again!!”

I swam away, annoyed and amused at the same time.  What seemed like common sense to me – stay quiet and you’ll see more fish – was either unknown by or unimportant to the boys.  The truth is, for boys (and girls) of that age, it’s all about having fun with the gang.  They give little thought to how their behavior might impact others (it’s that Bubble again), and even less thought to the consequences of their actions.  They’re often loud and rowdy and oh-so-annoying to those around them.

It’s good for parents to recognize this behavior as normal rather than immature, and to let it happen – within reason.  For example, if there’s bullying or too much aggressiveness, it’s time for an adult to step in.  When their boisterousness gets out of hand, ask them to either quiet down or move farther away.  Keep your tone light and casual and you’ll get the best response:  “Hey, could you take your noisy selves to the other side of the yard?” is more effective than “Why are you being so rude?  Either quiet down or I’m taking your friends home!”  The first is likely to get a “Sorry!” and a quick move, while the second – which will embarrass your child and cause defensiveness – will probably get you attitude.

I could’ve glared at those silly fish chasers, said, “Excuse me!” loudly and sarcastically, or chastised them, but because I was a stranger, I wouldn’t have gotten good results.  Instead, I joined my sons – now all in their 20’s – sitting calmly on the beach.   Not long ago they were those rowdy boys out in the water, and while I don’t exactly miss those days, it is hard to realize how quickly they’ve come and gone.