Many parents dread the moment – that awful day that marks the beginning of 7th grade – almost from the time their children are born.  My 7th and 8th grade years were some of the most difficult of my life, and I’ve talked to many adults who say they feel the same.

Aside from their own experiences, parents fear that the changes which junior high will bring to their children will mean the end of all the fun of parenting and the beginning of all the awfulness.  Parents worry about teen-aged attitudes, bad hygiene, and the biggies:  sex, drugs, and rock and roll.  (Okay, maybe not the last one so much.)

Sparks start to fly when parents let their fear and worry about what this child might become cloud their understanding of who this child is (and always has been).  An innocent question like, “How old do you think I should be before I get a tattoo?” can set off a storm of questioning about who-planted-this-idea, and what-kind-of-kids-are-you-hanging-out-with-anyway, and what-will-you-want-to-do-next-pierce-something?

I can’t stress enough how crucial it is for parents to be low-key and use lots of empathy at this point.  Humor is useful, too!  A question like the tattoo one might arise out of curiosity rather than a serious desire.  Try deflecting with something like, “Old enough that your feet stop growing,” or “How about you get my name on your arm and I’ll get yours on mine?”  And then be more serious and ask why they’re asking.  The key is to keep the conversation going without putting your teen (or almost-teen) on the defensive.

One of the biggest mistakes parents make with their junior highers is thinking this is the time to exert more control over their children’s lives.  Instead of panicking and bearing down harder, a wise parent will take a deep breath and prepare to listen more before jumping to conclusions or issuing ultimatums (see “Be A Consultant,” posted August 7).

There are amazing thoughts popping into those young brains – I hear them in the classroom all the time!  When parents shut down the lines of communication, they miss out on some fascinating stuff.  As junior high students become more aware of the world, they have lots of questions they want answered.  Parents need to fight their own tendencies to be defensive, calm down, and listen.  There’s a lot to enjoy about a 7th (or 6th or 8th) grader! 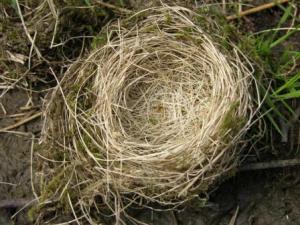 One week from now, my husband and I will have our first taste of empty nesting as two boys head off to college and the third continues to look for work in California.  Friends keep asking us how we feel about this big change in our lives, because they know how involved we’ve been in all of our kids’ activities.

I feel a little guilty every time I clap my hands and say, “We can’t wait!”  Okay, we actually have mixed feelings, but the uppermost feeling right now is anticipation.  I’m going to redecorate the boys’ bathroom and make it mine, because it has a bathtub in it while ours has a single shower.  (Tempting as it is to make it “girly” just to annoy them – pretty flowers and rainbows, anyone? – I’m practicing restraint.)  We will no longer spend our evenings and weekends ferrying kids to their various school events or attending their games and concerts.  We’re looking forward to lower food, gas, and utility bills, and the clutter around here will be cut in half.  Sure we’ll miss the little blighters’ faces and voices, but we’re both proficient at texting and Facebook, so we know they’ll be in touch (e$pecially when they need $omething).

And it isn’t like we didn’t know this day was coming.  It should be the goal of all parents to work themselves out of their jobs, so to that end we began encouraging independence as our boys approached adolescence.  This meant we were no longer the centers of their lives, controlling every aspect and monitoring every action.   When our oldest was 11, we began leaving him and his brothers home alone while we ran to the grocery store.  We worked up to leaving them for a weekend when the older two were in high school.  This meant they had to know how to cook, do chores, get the mail, and secure the house at night – all without being reminded (though Dad did call home to check on the security).

We also expected them to call and make their own appointments and to get themselves to those appointments once they could drive.  By the time they graduated from high school, each boy was capable of living on his own, from doing his own laundry to preparing his own meals to refilling his own prescriptions.

The side benefit for us-the-parents was that less time spent taking care of the kids meant more time spent with each other.  Saturdays became our breakfast date days, followed by running errands.  The boys knew they were welcome to join us if they got up, but most often they opted to sleep in.  Once they were up, they’d call to find out what chores they needed to complete before they could play video games.  We’d come home to find bathrooms cleaned, floors vacuumed, dishes done – and freshly-showered boys happily wending their way through cyber world adventures.

So as we find ourselves with no children left at home and only each other for company, it won’t be that much of a shock.  We really are looking forward to it, especially since we realize we could be with just each other for another 30 years or so!  Besides, we’re not really alone – excuse me, I have to go.  One boy is texting and the other wants to chat on Facebook. . .

(Please ignore the laughter in the background.  It’s my friends whose young adult children have left the house – only to move back in with the folks a few months or years later.  They keep trying to warn me!) 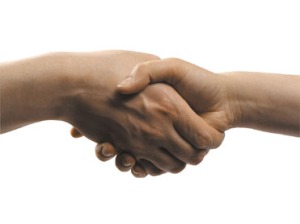 For several years our staff benefited from a consultant who flew in from the East Coast and met with us a few times a year.  He’d help us focus on our priorities and create practical ways to achieve our goals, and then he’d leave, without ever threatening us that we’d better follow his advice – or else face the consequences!

I’m in the middle of a great book called Uncommon Sense for Parents with Teenagers by Michael Riera, and he advises parents to stop being managers and start being consultants when their kids hit middle school.  Think about the parallel:  when your kids are tiny, or even in the primary grades, you need to manage almost everything for them.  Bedtimes, menus, wardrobe – all these decisions are made by you (though I’m sure many of us had toddlers and first graders who gave their share of input).  But once they reach 10-11 – what I call the Age of Reason – this is no longer acceptable.  This is why the battles heat up in 5th and 6th grade, and may continue on through high school.

But if you can take a step back from a controlling role into an advising role, those battles may be fewer and far less heated.  Instead of delivering commands or ultimatums, try asking questions and making gentle suggestions.  “You’re not wearing that to school!” will lead to a battle.  Try a question:  “Are you thinking it’s going to be warm out today?” or “You haven’t worn that in awhile, have you?”  Then you  might be able to ease sideways into a discussion about the appropriateness of the item.  (Don’t ask, “You’re wearing that?“)

Sometimes a consultant just has to let the client make bad choices and live with the consequences.  If it’s not a major issue of safety or morality, you might reconsider how much control you need in a situation.  Try just listening and making a suggestion or two – and then stepping back and letting your “client” make the final decision.