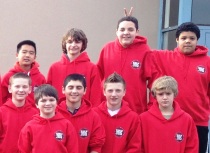 Last week our 8th grade class sweatshirts arrived.  With a big “15” containing everyone’s name on the back, the shirts are seen as a symbol of class pride and unity.  As we headed outside for a class photo, one student looked around at the sea of red and said, “This just feels so cool.  Like. . .we all just belong together.”

The desire to belong is a basic human need, but it’s especially strong in adolescence. Teens seek places where they can “belong together,” and it’s critical that they find positive experiences, such as singing in the choir, rather than negative ones, like joining a gang.

Teens who are part of a soccer team, an orchestra, a robotics club, or the cast of a play are less likely to be involved in risky behaviors.  Search “positive benefits of extracurricular activities” on the Internet and you’ll find dozens of articles saying students who participate in after-school clubs and teams do better both inside and outside of school.

Of course balance is important, and parents need to be alert for overcommitted kids, but finding a niche where it’s possible to make new friends and share common goals is a must.

By having an identity as part of a group, teens gain a sense of value that can carry over into other areas of their lives.  The “uniform” can be a dress shirt and tie, a team T-shirt, or even a class sweatshirt–whatever it takes to mark them as “belonging.” 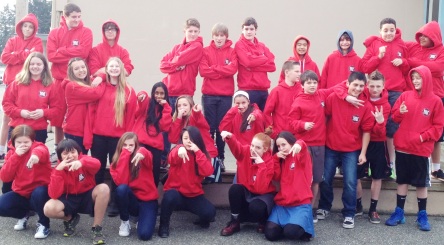 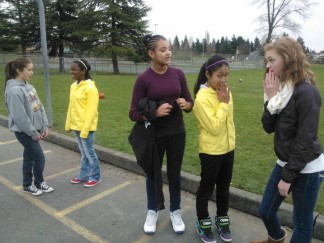 Every year I counsel parents  and middle schoolers about the ebb and flow of friendships in this age group.

In lower grades, it seemed easier:  everyone who liked to play soccer would get together on the field at recess.  Those who preferred the Big Toy would hang out there.

Everything is different in middle school.  Because kids mature at different rates, friendships change – often without warning.  Friendships are based on common interests, because “If you like what I like, that validates my choice.”  And boys who aren’t interested in sports or girls – or girls who aren’t interested in make-up or boys – will find themselves adjusting their friendship circles.

Middle school is also when the whole class is no longer invited to birthday parties.  Some middle schoolers are allowed to have their first boy/girl parties, which creates all kinds of social calamities as feelings get hurt when one’s not invited.

It helps to remind middle schoolers  that this is a difficult time everyone goes through, but things usually get better in high school, where there are more clubs and teams to join.  Most teens find their niche (or their “group”) by the time they’re 15 or 16.

My advice to parents is to step out of “Problem Solver” mode and work more on “Good Listener” mode.  Give lots of empathy – “It’s hard when things change, isn’t it?” – but don’t feel like it’s your job to make the bad feelings go away.  Middle schoolers need to feel they’ve been heard and understood, and then they can move forward in dealing with feelings and social issues on their own.

Friendships change like the tides – it’s a parent’s job to be the anchor.